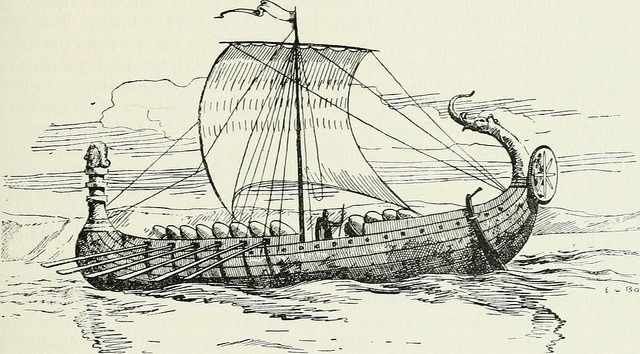 On this day in 845, a 5,000-man strong fleet of Danish Vikings invaded Frankish lands. They only retreated after besieging Paris and securing a ransom from the Frankish King Charles the Bald. This was part of a series of devastating raids begun by the Vikings in the 790s.

The Vikings were led by a man named “Reginherus” or Ragnar, sometimes linked to the legendary saga figure Ragnar Lodbrok. The Vikings easily overcame defenses set in place by Charlemagne and are known to have attacked the Abbey of Saint-Germain-des-Prés just outside the city. Although struck by an outbreak of plague, the Vikings overcame this to return home with their ransom of 7,000 French livres of gold and silver.

Column Re-Scheduling Note: Because of the urgency of some news items, I decided to post the Odds ‘n Sods column on Saturday, instead of Sunday, this week. Please be sure to scroll down and read that column!

Today we present an article by one of our most frequent contributors. Because it uses quotes extensively, it was submitted to be part of the judging for Round 87 of the SurvivalBlog non-fiction writing contest.

Round 87 ends on March 31st, so get busy writing and e-mail us your entry. Remember that there is a 1,500-word minimum, and that articles on practical “how to” skills for survival have an advantage in the judging.