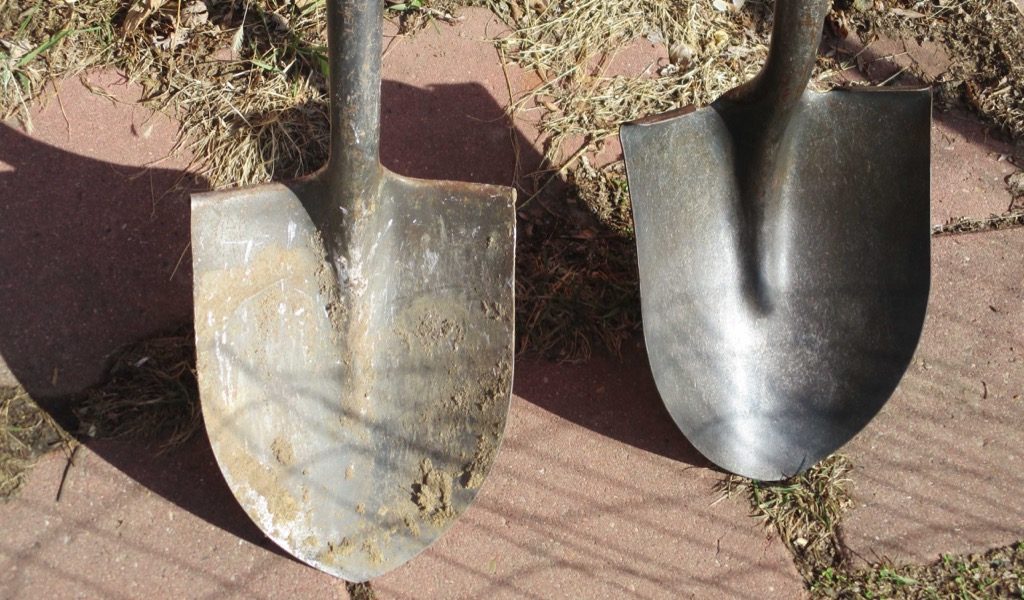 This weekly column is a collection of short snippets: practical self-sufficiency items, how-tos, lessons learned, tips and tricks, and news items — both from readers and from SurvivalBlog’s editors. We may select some long e-mails for posting as separate letters.

W.R. sent this missive in resp[onse to my semi-ranty piece about the Biden-Harris team:

“I don’t call them the Biden-Harris Administration. I prefer Regime or Junta.

I know they don’t care about law or the Constitution, but this needs to be widely circulated.”

Regarding the recent article on Tool Maintenance, Rick wrote:

Started out removing rust on the exterior skin around the ice and water port on my refrigerator.  It worked really well.  Around the screw holes the rust was relatively thicker.  Second efforts required that I first wire brush the coating formed by the first application.  Applying the second time without wire brushing did almost nothing.  The thicker rust was sealed in.

Do I need to mention naval jelly is inexpensive?”

Lily suggested these next five snippets:

An Ebola Outbreak in America, Now a Very Real Possibility

“Dr. King’s article is very good overall, but I would like to comment on three points.
First, the risk of EMP is greatly overstated.  Most systems these days are hardened. The greatest risk would be of a temporary power loss due to inductance in long power lines, as happened in Quebec in the 1980s.  Solid state electronics are very resistant because of their small surface.  There are, of course, numerous other scenarios that lead to barter economies.
While gold can be faked with tungsten and silver with molybdenum, it is unlikely that someone with the skillset would have the materials and power necessary on hand, and that they’d waste the valuable labor time (especially for silver) trying to fake it.  That’s certainly a risk in the pre-collapse world, but I believe it to be a much lesser one after.
I expect that even after a collapse, a great number of people will continue to accept “Worthless” US currency (and others) because it’s a readily recognizable symbol they are used to accepting.  In fact, it can be hard to get people to accept bullion, barter, or crypto. You’ll even get called epithets such as “gold bug weirdo” for even mentioning it. Given that almost the entire population obediently shut down business and walk about with what are basically panties on their faces because they were told to, for a virus with a 99.86% survival rate, I don’t expect most of them will get out of the “but that’s cash” rut for some time.
Of course, any kind of pre-collapse economic slide (such as Weimar Germany that he references, and the Confederacy, or Zimbabwe) will change that in a few months.”

“Believing it’s the key to keeping her family together, a teenage farm girl embarks on a quest to find a long-lost treasure — not realizing her closest ally on the project is in league with her chief nemesis.”

Target audience is for teens… Not very realistic… bad story and acting, but probably great for kids…

You could probably make a better film yourself…

The young woman seems to be riding around in an old Land Rover of some kind.

Reader MacHam had this report on some chronic shortages:

“Your readers need to be aware of shortages that don’t seem to be going away. The first being canning lids. We go through about 500 lids a year , some are re usable but the largest for our use is the Ball or Kerr large mouth lid. The market rate for each lid appears to be 40 cents to $1.20 per lid. That is if you can find them . You will find out like I did that it is cheaper  to buy 1/2 pint  jars with lids and rings than simply buying the lids. The price of rings has also doubled. The lids sell out faster than ammo at my local Walmart.

The second is barbed wire For some reason I can’t  purchase barbed wire within 60 miles of my farm and the price has doubled.
The third is I have been trying to buy a high-end Breville bread machine and I have waited months on lists trying to purchase one. I noticed on eBay they are going for as used and beat up $100 over retail .. Signs of the times…  – MacHam”

George wrote to offer this:

“I read your post RE:  “20 reasons why America’s next bank holiday will be a nightmare.”

Regarding utiltiies, for the past several months I have been adding an amount to my regular utility payments to build a 2-3 month surplus as a “cushion” for possible payment problems.
The utility doesn’t pay interest on that surplus, but neither does my bank, at 9/10 of a percent returns. My goal is to build a 4-month average monthly payment surplus in case it’s not possible to make regular payments should banking “issues” prevent it for a while.”

“I’m sending this info for those who have National Flood Insurance Program but have not yet renewed their policy for this year.  Unless there is another “Noah event”, my house on a small hill, will not be flooded from rising water.  But as many have learned the hard way, floods in the home can happen in many different ways and the homeowner’s insurance doesn’t cover it.  Thus I carry a small amount of flood insurance.

I got my itemized bill this week and found that “Uncle” has already begun applying additional taxes in form of fees, in addition to the base premium. In my particular case, it was a 38% increase.
Increased cost of compliance fee
Reserve fund assessment fee
HFIAA surcharge fee
Federal policy fee
Plus, the usual premium multiplier has also gone up this year.
Therefore put on the full armor of God, so that when the day of evil comes, you may be able to stand your ground.   Ephesians 6:13.“
“Fast, Efficient, Mobile, and Easy to Deploy! A 30 Degree Increase in Temperature in less than 10 minutes! This is the Fastest Emergency Survival Shelter!”
Lastly, here is a bit of musical humor from “Bear”, sung to the tune of “50 Ways To Leave Your Lover”:
Finally for your readers’ (dis)pleasure, a new Bearody. Hey, preppers need to keep physically fit, and groaning repeatedly is a good ab workout, right? 😉 With apologies to Paul Simon…

“The problem is NOT inside your head,” she said to me

“There really are so many things to make you dead

There must be fifty ways to be survivin’”

She said, “I know that this is what they’ll call WrongThink

Furthermore, I hope you don’t see my tinfoil and call a shrink

There must be fifty ways to be survivin’

Fifty ways to be survivin’

You just get off the grid, Sid

Just learn to can, Stan

Set up some bees, Louise

Just get yourself free

DON’T get on their bus, Gus

She said, “It grieves me so to see you be a sheep

I said, “I appreciate that, and would you please explain

About the fifty ways?”

Just keep your head down and discipline your light”

And then she kissed me, and I woke up from my fright

There must be fifty ways to be survivin’

Fifty ways to be survivin’

Oh, get you some comms, Tom

You don’t need to comply, Guy

Just get yourself free

Stay OFF their bus, Gus

Teach your own kids, Sid

Hold on to Truth, Ruth

Just listen to me

NEVER, EVER THE BUS, Gus

Raise your own meat, Pete

Please Send Us Your Snippets!

Please send your snippet items for potential posting to JWR. or AVL. You can do so either via e-mail or via our Contact form.