Bread has been a survival staple since ancient times. Even the Roman soldiers carried hard tack with them on expeditions, and they were a staple carried on ships, sealed into barrels to protect them from seawater.

In the 1700’s, the shortage of bread was part of the reason the riots leading to the French Revolution began.

Every culture in the world has different variations of flat breads made with locally available flours. Then there are the breads made with a sourdough or cornmeal starter, those made with commercially produced yeast, and those that rely on baking soda.

Preppers have a couple of stock recipes for bread making, but in the event you are new to bread making or want to ring the changes with some alternate bread recipes, from quick flatbreads made in a skillet over the fire to Dutch oven breads, there are plenty to pick from, as long as you have some flour in your pantry.

Some recipes can be combined with foraged items like cattail flowers, and others with produce from your survival garden, like corn. Read on for inspiration.

This is the traditional way of making this large flat bread that uses teff flour. You should find teff flour at a local health food store or online.

Injira is traditionally torn into pieces, and used to mop up the gravy from rich stews – perfect with a Dutch oven stew around a camp-fire. 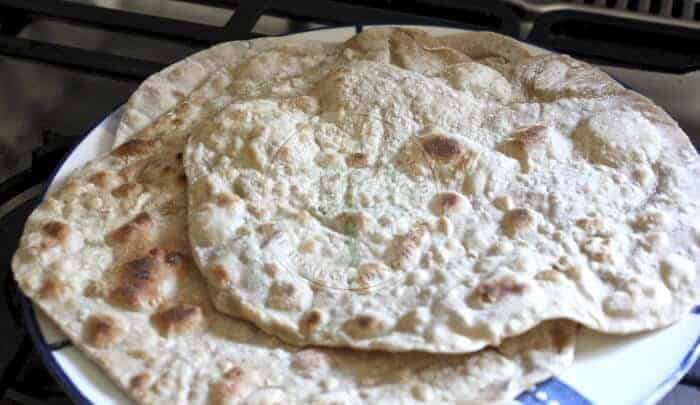 This is a super easy survival flat bread using just flour and water, but with the addition of some spices from your stockpile – cumin, coriander, and a little cinnamon. You don’t even need oil for the skillet, as this is cooked in a dry pan.

Laffa bread is like Pita bread bit it’s softer, and isn’t slit open into a pocket. It can be cooked on a cast iron skillet.

Laffa does use yeast to attain that fluffy texture, so be prepared for some kneading and allow for the double rising time.

This recipe uses yeast for authentic naan bread. Naan is traditionally cooked slapped onto the inside of a tandoor or clay pit oven with coals at the bottom, however you can make it in a hot cast iron skillet, or in the oven. The secret is that it must be really hot.

This quick recipe uses self-rising flour and natural Greek yoghurt. So there is no waiting around for yeast. The naan can be dry fried in a cast iron skillet over the fire – perfect for camping. Naan bread, like most flatbreads should be eaten warm.

Wheat flour, salt and water, is all that’s needed for this recipe.

Kneading the dough until is it soft and pliable, and allowing it to rest for an hour that makes for soft, fluffy chapati to eat with hunter’s stews and other survival stews. 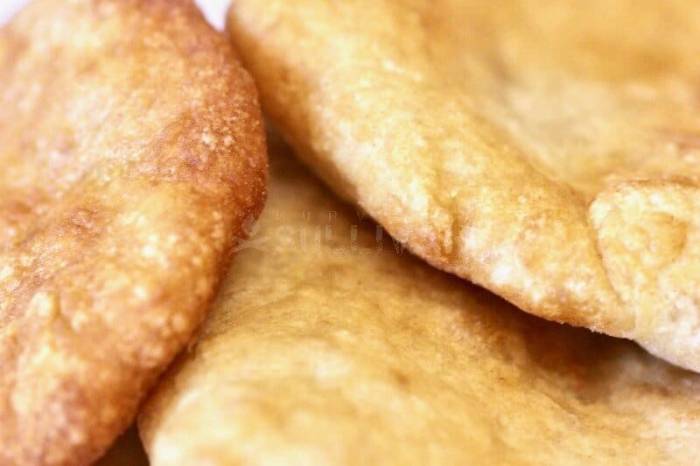 This recipe produces pillowy pockets of goodness that are crisp outside due to the oil they a fried in, yet soft inside. There is no yeast, so no waiting time making fry bread an ideal solution when you need to produce bread in a hurry.

Made on the trail, bannocks are a filling and quick survival bread that can be enhanced with the addition of blueberries or raisins.

They are cooked on a skillet, and originate from Scotland, where clansmen on journeys always had some in their saddlebags.

The original survivalist’s ‘bread’ this stuff is hard – no fluffy bread here, but it lasts for a very long time, and can be dipped into gravy or soup to soften it up a bit.

The Israeli cracker that’s made from flour, water and a little olive oil is crisp and can be spread with various toppings.

This Indian flatbread is fried in butter and is perfect with a hearty stew or soup or even as a wrap.

You will need Masa Harina to make these, salt, water and that’s it! Tasty tortillas to stuff with venison stew. The filling doesn’t have to be Mexican.

Whether its burritos, enchiladas, quesadillas or soft tacos, then these will make the wrapping for whatever filling you have in mind. Like corn tortillas they can be eaten with any meal.

This recipe uses a cornmeal starter, which is explained in the recipe. It means you are not reliant on commercial yeast for this bread that will probably vanish fast.

It tastes that good, so make plenty.

As the name suggests, this bread relies on baking soda rather than yeast to make it rise, It incorporates oats, whole meal, and plain white flour with buttermilk to produce a quick tasty loaf.

This needs a starter – hence the friendship friend reference as you need a friend to give you the starter – or spend 10 days getting your own going, and when you have done that then you share with friends.

The recipe uses a little baking powder and baking soda as well as the starter. You can add in choc chips or nuts to make the cinnamon flavored bread more of a treat.

Milk and honey make a delicious light colored loaf that is ideal with homemade berry jams.

Four ingredients, a Dutch oven, follow the directions, and you’ll have a great loaf of survival bread.

When the Dutch settlers moved away from British Rule in the Cape of Good Hope in search of their own land, they were traveling in wagons, and needed a form of bread that would last until they found a suitable place to camp for some time.

The rusks were made in a hollowed out anthill used as an oven, then dried out so they could last for months. Today, these have become a traditional treat and are dunked in coffee or tea as a quick breakfast.

Made in a skillet, this quick savory bread requires cattail fluff, peppers, spring onions, cheddar cheese, some cornmeal and all-purpose flour for a meal on its own.

Fresh corn kernels cut off three ears of corn go into this steamed bread that goes well with barbequed meats.

If you have plenty of fresh corn then use those corn kernels ground into a pulp to make corn bread that will vanish in no time – it’s that tasty! Baking powder is used as the raising agent rather than yeast, making this a quick bread. The bread is steamed for a better taste.

This bread needs some ingredients not every survivalist will have on hand, but for people looking for a low carb long lasting loaf, this could be an option.

Dark Rye flour (that you can get here) is combined with ordinary wheat flour and caraway seed for this traditional bread.

You’ll need mashed potato as well as flour for this recipe that produces bread with a slightly open texture and a lovely golden crust.

Protected under license the genuine Westphalian German pumpernickel bread may only be made is Westphalia.

This dark rye bread is ideal for survivalists because although the traditional way of baking it takes a long time, it also lasts for a very long time. It is made using coarsely ground rye flour.

This French bread has only four ingredients – flour, yeast, salt, and water – supplies preppers with a stockpile will easily have on hand.

Learn to make sourdough bread and you won’t have to rely on buying commercial yeast – simply harvest wild yeast from the air.

This recipe uses barley and wheat flour as well as wheat bran. The loaves need to be cooled for a while before cutting. 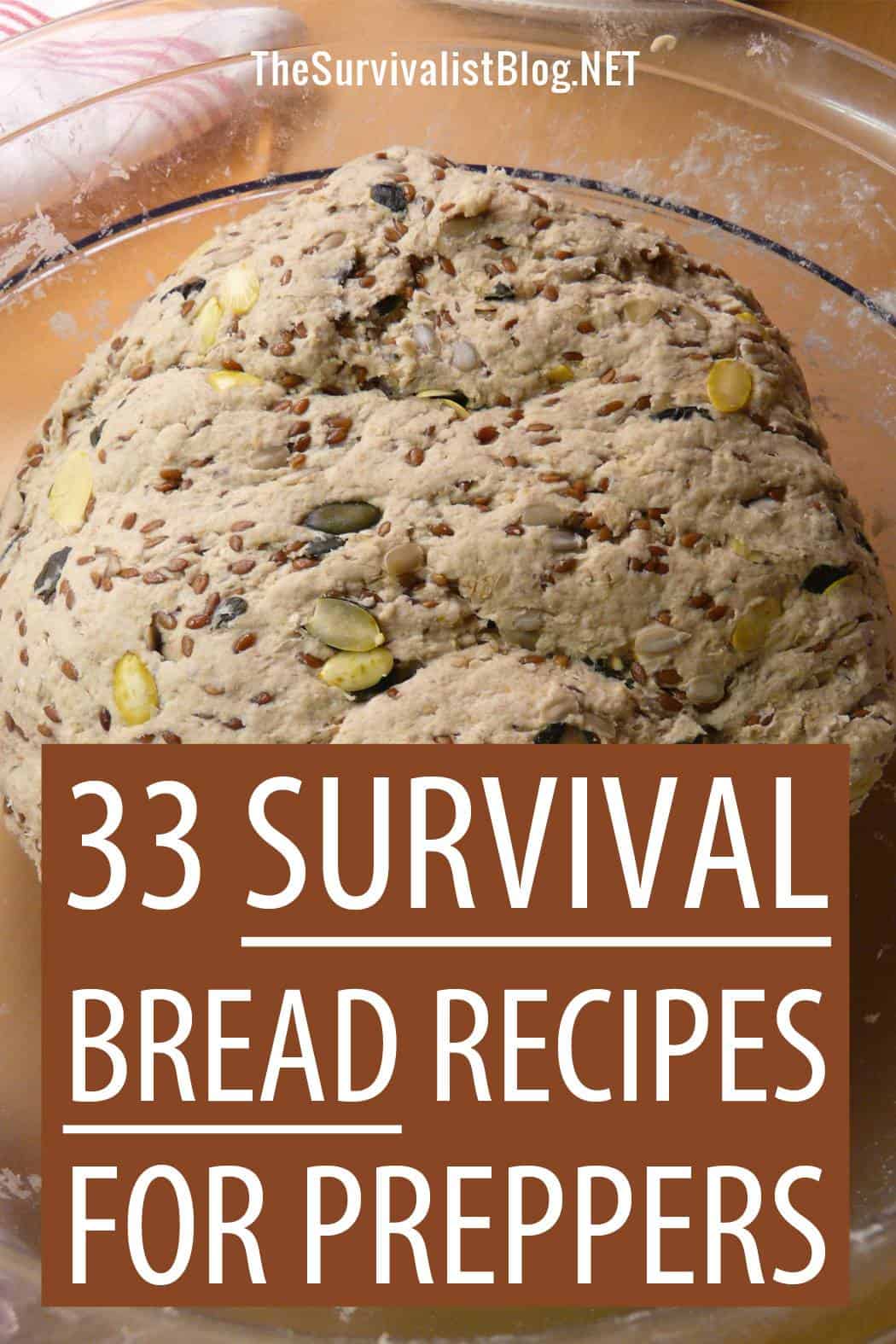