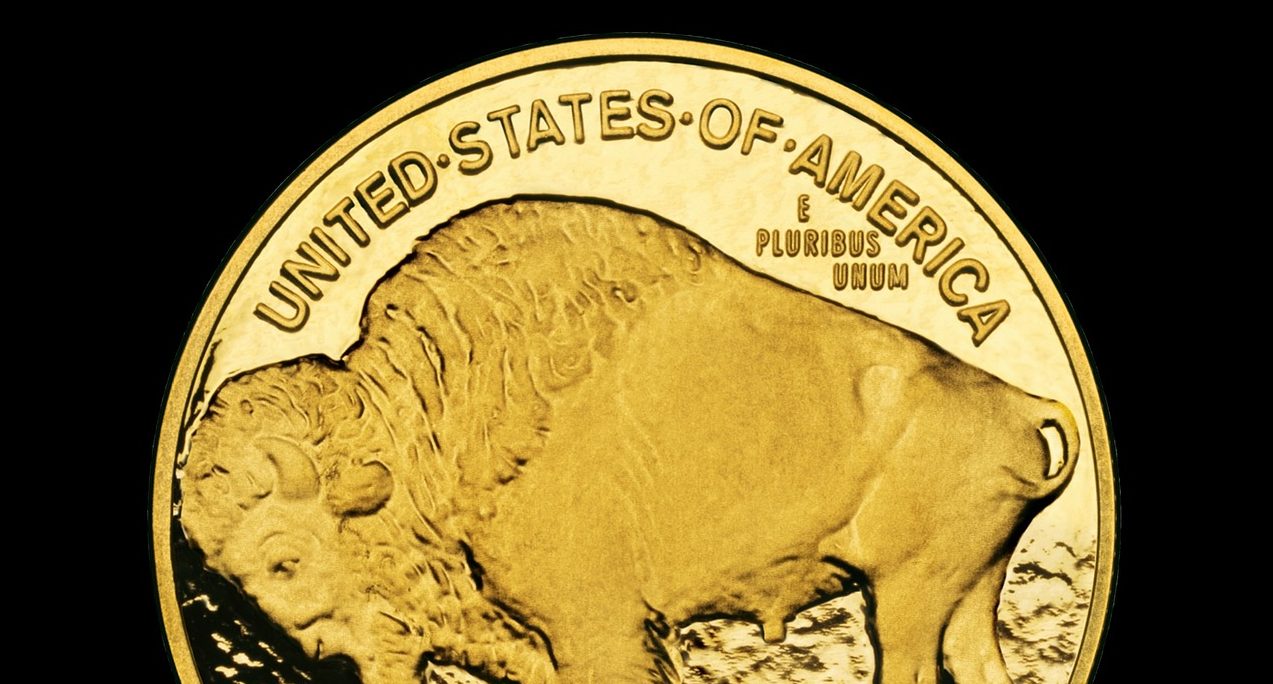 Welcome to SurvivalBlog’s Precious Metals Month in Review, where we take a look at “the month that was” in precious metals. Each month, we cover gold’s performance and the factors that affected gold prices.

The fourth quarter of 2020 was not kind to precious metals. Losses in both October and November seriously dented annual returns for both gold and silver.

Gold’s December gain of 6.3% was barely enough to erase October and November’s losses. Still, gold posted a gain of more than 24% in 2020, a ten-year high.

Silver traded up 17% in December, enough for a 13% gain in the fourth quarter. Silver gained 48% for the year, which was also the best annual performance for silver since 2010.

What Did Gold Do in January?

The start of 2021 did not follow the usual script for January. Instead, prices fell nearly $100 an ounce over the course of the month. January is usually one of gold’s best months. It has, however, been very good for the physical gold market. More on that later.

A botched government roll-out of COVID vaccines in December didn’t get any better in January. Complicating matters, several new coronavirus strains have been discovered. Some of these new strains are more contagious, spreading more rapidly. The fast-spreading, more contagious UK version is expected to be the dominant strain in the US by March. Luckily, existing vaccines seem to work on it.

Some strains, such as the ones discovered in Los Angeles and South Africa are proving more resistant to existing vaccines, leading drugmakers to work on improving their formulas.

These developments have raised doubts that many nations will see an economic recovery anytime soon. Central banks have strongly urged governments to step up and provide economic assistance to people. This has led to political fights in the halls of government.

The stimulus battle in Congress is pitting left-leaning Democrats against both Republicans and moderates within their own party. Opposition is centering around concerns of deeper deficits after the Trump tax cuts, and projections that the economy is improving.

Stimulus proponents point to millions of unemployed Americans that have run out of benefits and are no longer counted by the Labor Department, and the many thousands of business failures due to the pandemic.
The prospect of more deficit spending has sent bond yields higher.

Not only does fiscal stimulus require more bonds to be sold, increasing yield, but the expected uptick in the economy could lead to an early taper of QE by the Fed.

The US dollar ended 2020 down by 6.7%, after dropping 4.2% in December alone. Despite a sputtering economy and uncertainty over government stimulus, some analysts believe that the dollar is still overvalued. According to the famous “Big Mac” Index, the dollar is the third-most overvalued currency, when compared to other major currencies.

The Fed briefly spooked markets in January, when a couple of officials said that we could see a taper of QE by the end of the year if the market fully recovers. Noted dove James Bullard, president of the St.Louis Fed, disagreed in public remarks. Fed Chairman Jerome Powell and others backed him up. Powell said that talk of tapering was premature, and that there were no rate hikes planned in the foreseeable future.

The ECB maintained its “ultra-loose” monetary policy at its January meeting. but said it may not be necessary to use the full extent of its emergency bond-buying power. In an echo of Janet Yellen’s testimony before the US Congress, the ECB told member governments that they need to step up with fiscal assistance. The central bank went on to blame the strong euro for weak EU inflation.

ECB President Christine Lagarde announced a plan to increase the international use of the Euro,to fight against the hegemony of the US dollar.
The World Bank warned that the economic damage from the COVID pandemic may yet cause a global financial crisis.

In the Middle East, Qatar increased gold reserves by 3.1 tons. This was the sixth month in a row that the central bank of the Middle Eastern emirate has purchased gold. The other buyer was Ukraine, which purchased 0.6 tons

The big seller among central banks in November was Turkey, which dumped 20.9 tons of gold onto the market. It continues to struggle to stabilize the Turkish lira, due to interference by president Erdogan. The only other seller of note was Mongolia, which sold 2.4 tons.

Global ETFs added 877 mt for the year, an all-time high valued at $47.9 billion. Record-breaking inflows during the first three quarters were offset by outflows in the fourth quarter.

$47.9 billion. Increased total AUM by more than a third for the year. Total AUM 3,752mt, only 15% less than the amount of gold stored in Fort Knox

On The Retail Front

Gold prices may have fallen in January, but physical gold demand didn’t. The US Mint sold 2.7 million American Silver Eagles, 48,500 oz of Gold Eagles of all sizes, and 15,000 Gold Buffalo coins in the first two days of the month.

The US Mint stopped updating 2021 American Silver Eagle sales halfway through the month, because they had run out. Both the Silver Eagle and American Gold Eagle are being allocated (rationed). This has led to backorders on many bullion coins. (Note that .9999 fine 2021 American Gold Buffaloes are still in stock.)
The gold and silver coin shortage is resulting in higher premiums for coins that are in stock. Physical silver buyers have moved to generic silver rounds and silver bars. The demand is stressing the capacity at private bullion mints.
————
The UK’s Royal Mint reports that gold sales were up 510% y/y for November and December combined. Data shows that demand from younger customers (22 to 37 years old) increased by 37% over the last two months of 2020.

The Royal Mint’s 1 and 5-gram gold bars proved increasingly popular among retail gold buyers, with sales up by 53% year over year.
————
The Perth Mint shipped 76,806 troy ounces of gold coins and minted bars in December 2020, a 9% decline relative to sales in November. Silver sales also declined, with coins down 16% to 941,767 troy ounces compared to November.

December gold imports in India hit a 19-month high, at 73.2 metric tons. This was 455 higher than November, and 41% higher than December 2019. Demand was split. It was mostly jewelry, but also investment gold demand. Gold prices in India rose 28% in 2020.
————
Analysts at COMMERZBANK say that since gold didn’t CLOSE below $1819, they consider the uptrend intact. If gold closes under $1810, they see the next stop at $1765
————
STANDARD CHARTERED forecasts an average gold price of $2000 by year-end, with most of the gains occurring in the first half. They’re looking at gold hitting $1930 in the first quarter, and $2075 in the second quarter.
———–
Craig Hemke at SPROTT predicts $2,300 gold and $38 silver by the end of the year.
————
MKS (parent company of PAMP Suisse) also forecasts an all-time high in gold at $2,300, but sees the most gains in the latter part of the year. They anticipate an average gold price of $2072 in 2021. They expect silver to hit a 2021 high of $40, with an average price of $32.50
————
CREDIT SUISSE sees silver as still well supported. They’re looking for a break above the 2020 high of $29.86, with big resistance at the 50% retracement of the 2011-2020 bear market at $30.72.
————
AMD AMRO ditches its $2,000 forecast, dropping it to $1,700. They cite slightly higher real yields, the Fed tapering, and a stronger dollar as reasons for the lower forecast.
————
UBS expects gold to average $1800 by year-end. They see gold being outperformed by silver and platinum. More than half of silver is used in industry, solar panels, and electronics. A revival of the economy means silver looking good in 2021. Silver consumption in the auto industry alone is projected to hit 90 million oz annually by 2025, as self-driving features demand more computer ships.

Speaking of which, a microchip shortage in the automotive industry is having a knock-on effect in precious metals. Automakers are being forced to idle production lines due to a shortage of computer chips that run everything from the entertainment system to engine performance. This has reduced demand for palladium, which is used in catalytic converters.

Looking Ahead To Next Month

Fiscal stimulus, or not? That will be the driver of the markets next month. Fixing the government’s coronavirus vaccination operations will also be a factor. The faster the public is immunized against the virus, the sooner the economy can completely open up.

The stock market has been showing increased volatility, even before the Reddit people began getting rich by punishing Wall St. hedge funds for killing companies. If this is turbulence from hitting the top of the bubble, plummeting share prices will ignite safe-haven demand.

The US dollar is the third area that will affect gold prices next month. If it continues to weaken, overseas gold demand will grow.

The last big factor is Chinese New Year, which occurs on February 12th this year. Gold demand will depend a lot on whether the government imposes travel restrictions.

This column is intended for educational purposes only. It is not intended as investment advice. Past performance does not guarantee future results. – Steven Cochran of Gainesville Coins