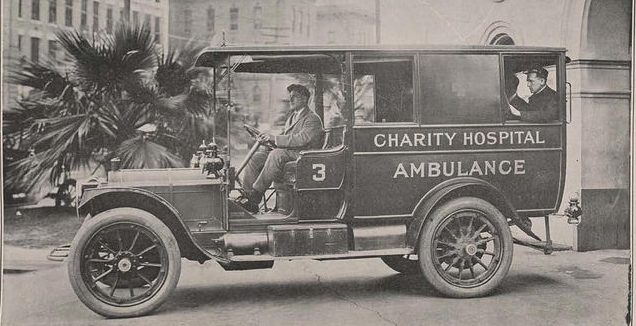 Warning: This article may be considered controversial by some readers.

During this global pandemic it seems as if TEOTWAWKI could be just around the corner. Daily the media is not only reporting the number of infected and deaths, they are also reporting on different shortages- both real and unsubstantiated. Some are in the present and others in the near future. First it was toilet paper and hand sanitizer. Then it was N95 masks and disinfectant wipes. This past week it was meat- poultry, beef, and pork.

For those of us who have been preparing for such times, we were not shaken as those who had barely enough food in the cupboard/fridge to cook tonight’s dinner. We didn’t panic when the toilet paper aisle was offering nothing but empty shelves. And now, when meat may be as scarce as toilet paper, we are busy feeding the livestock in our fields and serving dinner from our freezers and pantries.

But what do you do when you learn of someone in need of these basic items (food, personal care items, etc.)? Now is the time to share from your bountiful harvests and prior planning. Now, when desperation is beginning to settle in their minds and hearts, is a great time and opportunity to teach them about preparedness. These world events that have affected them within their own home could simply be a wake-up call to the preparedness lifestyle.

But should you give away some of your larder? Should you take the chance of exposing your seemingly endless supply of daily sustenance? Should you become as easy a target as the neighborhood soup kitchen and food pantry? These are just a few of the questions that must be answered prior to the situation arising.

Am I suggesting that you advertise the expense of your pantry? Au contraire. The knowledge of your preparation is the main lifeline for your survival during desperate times. But the question of whether and when and what to give from your storehouse of supplies must be handled with discernment and discretion.

Let’s first look at the idea of discernment. The dictionary lists this as the ability to perceive, grasp, and comprehend the fine details; to judge well. As a follower of Jesus, I believe that God can give us discernment when it comes to how to give help, when to give it, and to whom to give it. I have friends that have compassionate hearts and would give away their last morsel of bread. But because they also have the gift of discernment, they give wisely. Sometimes they give resources and sometimes they give assistance in the form of knowledge.

And I believe that even if giving of our possessions doesn’t come easy for us, I still firmly believe that we should use discernment when we do give. Some questions we can ask ourselves are these:

We need to prevent a knee-jerk reaction to someone asking for help and promote an informed response to their needs. Thus, discernment is the key.

Now let’s talk about discretion. Webster’s Dictionary states that discretion is behaving in such a way as to avoid revealing private information. Again, we don’t want to advertise the depths of our cupboards, especially now that some items are becoming harder to obtain. But we can still share from our bounty and remain in the shadows.

At times when I am prompted to give, I can generally find a go-between to deliver the goods. Often times it is our pastor and his wife. I trust them and their ability to keep our identity confidential, while sharing what we have with those in need. Discretion is a practice of the gray man (blending in to his surroundings) and one that can provide great protection during such uncertain and dangerous times.

Another benefit to being discrete is the spiritual blessings. Jesus warned us in Matthew 6:1-4:

“Beware of practicing your righteousness before men to be noticed by them; otherwise you have no reward with your Father who is in heaven.

2 “So when you give to the poor, do not sound a trumpet before you, as the hypocrites do in the synagogues and in the streets, so that they may be honored by men. Truly I say to you, they have their reward in full. 3 But when you give to the poor, do not let your left hand know what your right hand is doing, 4 so that your giving will be in secret; and your Father who sees what is done in secret will reward you.

So discernment and discretion should act as the guardrails for our giving.

But what should we do when all of the stores offer nothing but empty shelves and the government has not come to the rescue? What if it’s too late for a garden and your neighbor’s pantry is bare? What will you say when a mom with young children come begging for bread? These are questions that must be answered long before they become a reality. When they are knocking at your door is not the time to call for a family meeting!

When this topic has been discussed outside of our family, we have listened intently without much participation. Some folks believe that it is our duty to share with those who have less, and that God will replenish all that we give away. Others believe that there will come a time when those who failed to prepare, especially after knowing of the need to prepare, should reap the emptiness of their inaction.

Of course there is always the discussion regarding the ability (or lack thereof) to protect the preps from those who desire to take them by force. On this property we all value life and would be visibly shaken and permanently scarred if we were forced to take a life. But we also realize the need to prevent desperate/evil/lazy people from taking the very items keeping our family alive.

OPEN FOR BUSINESS OR CLOSED FOR THE SEASON?

There is a Bible parable regarding one part of the traditional Jewish wedding in Biblical times. Although it pertains to being spiritually ready when Jesus returns to earth, I believe it also provides guidance regarding sharing our preps during desperate times.

The bride would know the approximate day of his returning but not the exact time. She would wait with her bridesmaids (also referred to as virgins) for his arrival. Now, let’s read the parable…

At that time the kingdom of heaven will be like ten virgins who took their lamps and went out to meet the bridegroom. 2 Five of them were foolish and five were prudent and wise. 3 The foolish ones took their lamps but did not take any extra oil with them. 4 The wise, prudent ones, however, took oil in jars along with their lamps. 5 The bridegroom was a long time in coming, and they all became drowsy and fell asleep.6 “At midnight the cry rang out: ‘Here’s the bridegroom! Come out to meet him!’

7 “Then all the virgins woke up and trimmed their lamps. 8 The foolish ones said to the wise, ‘Give us some of your oil; our lamps are going out.’

9 “‘No,’ they replied, ‘there may not be enough for both us and you. Instead, go to those who sell oil and buy some for yourselves.’ 10 “But while they were on their way to buy the oil, the bridegroom arrived. The virgins who were ready left with him and went in with him to the wedding banquet. And the door was shut.

13 “Therefore keep watch (be alert, prepared, and ready-one version says) because you do not know the day or the hour when the Son of Man will return.”

When studying this parable, I noticed that there was no nasty or judgmental comments made by the virgins who had prepared and brought extra oil. They simply said no and gave a reasonable suggestion for the problem at hand. Unfortunately, for the foolish virgins it was a case of too little, too late.

Yes, as stated before this parable pertains to being spiritually ready to meet Jesus face to face and give an account for our lives. But I also believe that it gives great guidance to the question of generosity during desperate times.

There may come a time when we will be asked to share what we have with those who have neither worked for nor bartered for our supplies. And we must be prepared to either:

1.) Share our food and thus, over time, greatly decrease the supplies for our own family (because you know that the word will spread as to who has supplies), or,

2.) We must be willing and able to say no, and to defend not only our decision but our resources.

I believe that at this time, God has blessed our family so that we can bless others. But when the “Schumer hits the fan” and our world as we know it collapses into chaos, we will close our pantry doors to the outside world. This decision was not made out of fear or selfishness or greed. It wasn’t made as one last act of defiance to all who mocked us as preppers. This was the result of prayer and searching the Bible for guidance. We try to make to most of every opportunity to teach others to be prepared. The events of recent days have provided fertile soil in the hearts of many to receive the concept of being prepared. We are excited about the chances to share what knowledge and experience we have in regards to prepping with those who will listen (using discretion and discernment, of course!)

For us, we resolve that our first responsibility is to our family and those living on our property. And that means that all the livestock, food preps, tools, written literature, all the items that we have worked long and hard to obtain, will NOT be shared with those outside of our property.

For our family the decision has been made. We will not be sharing.

Editor’s Closing Note:  I am confident that this article will spark some lively debate in the Comments section.  Please keep your comments civil, and avoid any insults or personal attacks. Please debate the merits and detractors of various approaches.