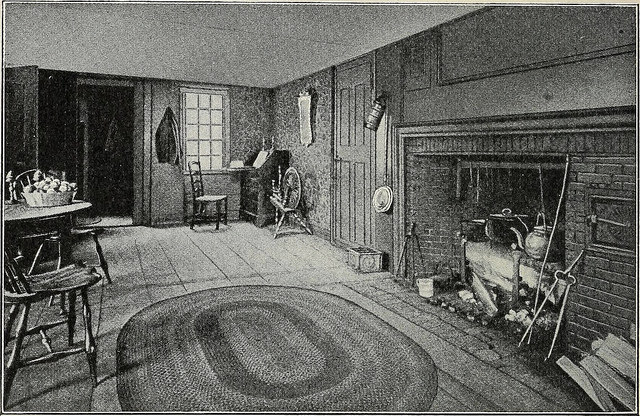 I work for a Fortune 100 company in the Midwest and work in the area of Research and Development (R&D). Late during the week of March 8th, we began to hear rumors that our facility and other staff locations throughout North America would be closing soon due to the CV-19 outbreak that was beginning to spread across the country. During the afternoon of Friday, March 13, the rumor was confirmed in that my supervisor stopped by to inform us that our facility was closing immediately and would remain so for three weeks until April 6th. Per the rumor, the closure was going to apply to all of our North America staff locations. Manufacturing sites would remain open. We are in the business of making consumer products (e.g. facial tissue, bath tissue, diapers, feminine care products, etc.), so our products would be in very high demand in the coming weeks and months. Us staff folks would be ‘working from home’ for the next three weeks at minimum.

I immediately began the process of shutting down my imaging equipment and got together some hardcopy research materials to take home with me and placed them in my computer backpack along with my company issued laptop. Being a person that works out 3-4 times a week, I had planned to work out after work that day, so I eventually made my way to our health center facility in hopes of getting one last workout in before the hiatus. Low and behold as I approached the health center entrance, I found my supervisor was there chatting with the staff member on duty. I asked the staff member if they were still open and she indicated they were. Unfortunately, though, my supervisor then reminded me that our Director would assume we would all be leaving immediately and so encouraged me to follow him out the door. At this point in my life, I felt it better just to go along with this rather than to resist. Not worth making waves, when I still had other options available outside of work.

So next, I informed my wife about the situation and she was all excited that I would be working from home at least the next three weeks. I had mixed feelings myself, since I know it will be difficult to be real productive with our six-year old son, that I love dearly, coming upstairs frequently to say hello to Daddy and see what he’s up to. Nonetheless it was going to be a new adventure for everyone!

Another dilemma I foresaw rearing its head was that my work normally involves a significant amount of time in the lab with expensive imaging related equipment. Given the situation, I was not going to have access to this equipment unless something I was working on was deemed ‘business critical.’ To be deemed business critical, our VP and higher would have to sanction it so. This is the only thing that might allow me to still come in to work during this imposed hiatus.

In thinking through my current project load, the only thing I was currently working on that might breach this level of importance was some intellectual property which I had been working on with a team of the others and our patent attorney. Our attorney was planning on filing potentially multiple patent applications before the end of March. I communicated this to my supervisor Friday afternoon before leaving and copied the attorney and our business project lead. The project lead and attorney responded almost immediately and the attorney thought we could still meet the deadline with the remote access. I just needed to make sure I took all the intellectual property I had been working on home with me, since I may be required to write up a portion of the patent applications. A Skype meeting was immediately scheduled for the following Monday to discuss our options. So unless something else would suddenly pop up, I would indeed be working from home for at least the next three weeks.

When Monday morning arrived, it was time to log-in to work. My day usually begins by first checking my calendar for the day as well as any e-mails that may have arrived – nothing different there so far. I noticed I had at least five meetings that week with two even on Monday – one being the intellectual property issue mentioned previously. This will be interesting, since, being a prepper, we intentionally live out in the country and our internet is through our cell phone provider. As a result, we have a limited data plan. Would I have enough internet horse power to do these Skype meetings and other on-line activities – some of which would include sharing my screen content, et cetera?

Part way through the day, I was also asked to switch places with someone else to do a presentation on some of my research that coming Thursday instead of the following week. OK, now I needed to look into this internet thing a bit closer and quicker. One option might be to make use of a coffee shop in the small town several miles from our home which is known to have a 5G WIFI connection. Perhaps I can even reserve their private room for when I needed to do my presentation on Thursday. So on both Monday and Tuesday afternoons, I made my way to the coffee shop to use their faster connection and inquire about getting the room set for Thursday. It was looking like a go, and the kind barista put me down for the room on Thursday. Much to my chagrin though, Tuesday evening our governor ordered that there should be no larger gatherings than 10 people. This basically shut down all the ‘dining areas’ in the state – only drive thru and carryout. So much for my room on Thursday.

Later on Wednesday morning, I headed back to town with two possibilities – (1) See if the coffee shop WIFI would still be operating, and would it be able to reach my vehicle parked outside, and (2) stop at our mobile phone’s local store to see about having our home WIFI hotspot expanded to include more data. On the coffee shop front, yes, it would still be operating Thursday but the connection in my vehicle was not that great. So much for option #1. Next, I went to our mobile phone store and had to wait until 2 pm when the lone person there would hopefully be returning from lunch. After filling in some of the time by going to the local grocery store and snooping around, I returned to meet with the store rep. For an extra $15/month, I could have our WiFi data expanded by over double what it currently was. I decided to go forward with this. I was told it was always reversible later. Good deal.

My work at home ‘office’ is basically our large upstairs room that sits above our bedrooms and bathrooms. I keep the door closed while on the computer and working in there. As I suspected would happen, my six year-old son frequently came upstairs and gently knocked on the door to say hello to Dad and see if he could come in. I love my son dearly, so I tried to be welcoming to him but at the same time being firm and not allowing him to just hang out with me, even though he always promised to be quiet. We home school, so he’s normally at home most of the time on week days, so this was different for, not only me, but him as well to have Dad at home during the work week. My wife had tuned in right away and noticed that he was kind of acting out a bit in trying to adapt to the new arrangement.

So as week #1 progressed, I took part in the meetings and was able to do my 20-minute Power Point presentation without a hitch. As the second week is about to begin, I still have enough work that should last me at least a couple/few days. After that, I may be stretching it to do much of anything with direct impact on the projects or specific goals and objectives I am working on for this year. Being in research, I can always investigate technology developments and related items, so there will always be something I can spend my time working on. As mentioned earlier, we are scheduled to return to our facility on April 6, but we’ll see if that’s going to happen based on feedback regarding what’s going with CV-19.

As an aside, our church did an on-line service on Sunday, via Facebook, that we tuned into. Our pastor has been going through the book of Matthew, and it happened that we were on Matthew 24 this week (Signs of Christ’s return and related) which seemed somewhat appropriate given the current situation. Since I am one of the church’s elders, I had also shared the article by ShepherdFarmerGeek on Church Pandemic Preparedness with our leadership team and Pastor. It was well received and we reviewed the ideas he had presented.

All in all, it’s been an interesting ride so far. My family and I continue to trust in God and try to flow with the new reality we find ourselves in. It is my hope, which I am sure is commonly shared by nearly all of us, that this pandemic is short-lived and that things return to normal quickly. We hope and pray that our trust and faith in God our Creator and Lord is deepened through this time of uncertainty. I hope and pray the same for you and yours as well!