When Elise and I started MTJS, I began by reviewing my extensive Spyderco collection. Over the years, due to constant bugging by you lot, I started reviewing knives from brands I never really had much interest in.

A good example would be Cold Steel. After much reticence on my part, I finally snapped and bought one. Then another and yet another. The best thing about MTJS really is its community. As a blade aficionado, I have evolved and broadened my taste thanks to all of you.

My wallet does not thank you.

What I find interesting is that my tastes haven’t really changed over the years, nor have my core opinions about my likes and dislikes. But my buying habits have changed drastically. I buy next to nothing in the new-knife department these days, and while this is partly down to my own biases, honestly, the bigger reason is the demographic shift in the knife world.

I recently found an old notepad file with my “To Buy Wishlist” from 2007 and it struck me that we sort of hit a technological peak in 2008-2012 in terms of blade performance (at least in my view) and marketing approach. 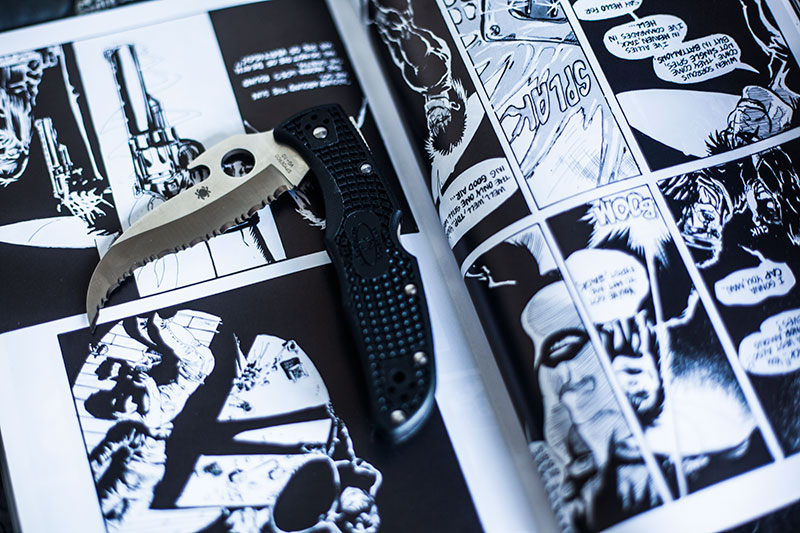 These days, companies keep cranking out new models, but I find myself befuddled by the direction traditional “Western” companies are taking.

You may disagree with this assessment, but I do feel like Western companies are trying to compete with China, and in the process are missing the entire point. Watching BladeHQ’s Shot Show videos from 2018, it’s impossible to miss all the mid-range stuff. It all seems to be trying to compete with Chinese brands like Kizer, but being priced at a higher price point, completely defeats the purpose.

Folks, this is a stupid way to go. The Chinese are cranking out Ti-flippers all day, everyday with consistent CNC machining and cookie cutter specs (Western stainless, full titanium, ball bearing pivot) that the West cannot match using the same economic model.

And then you have the other end of the spectrum. Spyderco is creating literally the same stuff they always were, but is now selling it at obnoxious prices. This is a huge problem in my eyes, and I do find myself removed from Spyderco’s “circle” of consumers. A brand I have supported for years is no longer where I go to buy shinies due to the shift in target demographics.

Sal probably knows what he is doing. No doubt his numbers are better than before, but the pervasive lack of “performance before marketing” just rubs me the wrong way. A solid example would be using CPM 3V in a folder because it’s “tough.” You know what’s tough Sal? AUS-8M at 57HRC. You could have a great beater at a quarter of the price if you forgo the 3V & Ti framelock nonsense and went with an inexpensive compression lock & FRN scales (with nested steel liners).

Obviously, I am in the minority in thinking this way as “mid-tech” knives are soaring in popularity and everywhere I go I see folks rocking (but barely using) $200+ “inexpensive” Chinese framelocks for their never ending stream of staged Instagram photos (I know I am guilty of this, too!).

Which leads us to today and the purpose behind this post.

Traditionally I review the new stuff, but as of late, I haven’t bought any new models. I have a bunch of 5 inch fixed blade classics like the ESEE-4 & Fallkniven F1 that will get reviewed, but this new crop of man jewellery is just way, way too far out of my comfort zone. 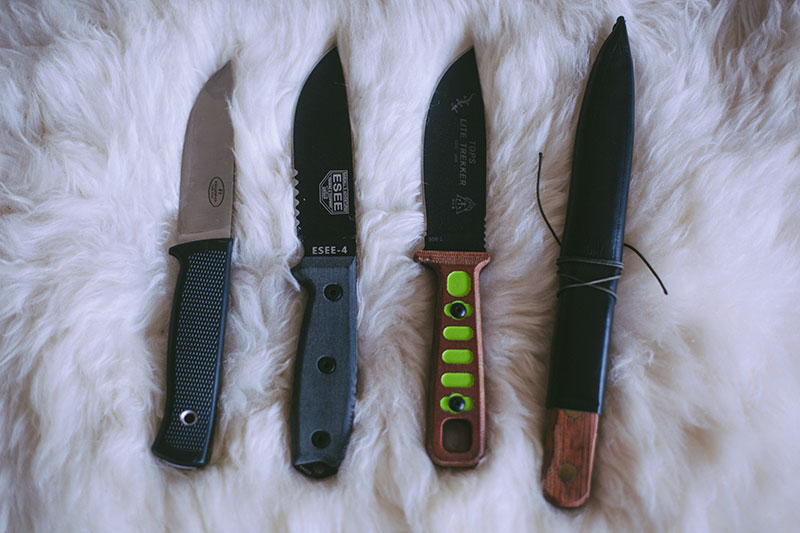 Every other day I get these Chinese companies offering to send me their knives for review and I have never accepted due to my exhaustion with blades created purely with sales in mind. This churning of shiny ti-framelocks year after year with little to no testing or real world performance studies is just too exhausting to review.

Remember when ESEE launched their new line of knives? We were shown real world feedback from the Amazon and what seems to me a real focus on knives as tools as opposed to creating another shiny for people to collect. I legitimately felt genuine excitement back in those days. ESEE’s lifetime warranty was a legit talking point as people actually beat the living crap out of their knives. These days, it’s one famous designer licensing a design and getting a few thousand examples sold until 6 months later, when there is another flavour of the month model put out.

This is super depressing. I want to be excited by (in my opinion) cool knives like the Kizer John Gray GPB1, but due to the onslaught of new models that are all on-paper identical (in terms of specs), I just avoid them all.

Even if I wanted to jump on the bandwagon, I am just not able to afford the Western companies (albeit still made in Asia) equivalents. Spyderco “Paysan” launched this week, and its $520.

I don’t mind companies creating blades for those who want to drop big bucks on titanium shinies, but more and more I feel my own demographic (performance driven, 100-200$) is being ignored.

So I am buying up models that I dig that are still in production from a time where they were new and exciting. Once I run out of those knives, frankly I might go full custom because (as crazy as it sounds) a handmade knife from the UK is now cheaper than a mass produced knife from Taiwan with an iconic Spyder lasered on the blade.